The KVI is the most important indicator for the team to find out whether they generate value. The KVI is (preferably) one number, visualized in a trend line, which makes the relationship between customer impact and value concrete for the company.

What is a KVI (Key Value Indicator)?

The focus of this tool is to serve customers smarter and better, thereby generating more value for the company. It is therefore not an internal goal that measures what the team does. The KVI is a current figure with which the team can measure the impact of their actions. Team members can independently consult and analyze the figures. Several teams that work together at the same value have the same KVI. 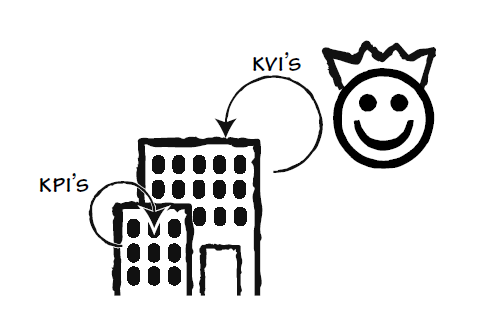 Some advantages of using this tool

A sales department of a railroad company was struggling with hitting the sales targets. They were responsible for selling subscriptions and package-deals to all the Small & Medium Enterprises in the Netherlands.

These are all relative traditional metrics... do they really measure the customer benefit? Or do they only measure the company value? Some of the things these metrics don't tell:

Solution for this SME company

So what did work? How did the KVI help this company?

These metrics, including the data behind them, where studied continuously. Knowing better which customers to target, and how to optimize not only the satisfaction, but especially for the high margin subscriptions. Which also helped to focus all the improvement areas.

Resulting in: Optimizing the margin of the satisfied customers

What is the responsibility of the agile leader? He/she is responsible that:

The Product Owner is responsible for:

Align within the leadership team
Agile leadership workshop
How customer focused are you?
Do the (free) assessment
Discover more ...
Order the book

Relation to other tools

The steering wheel of the agile leader consists of four components. Each component consists of two practical tools. So in total eight tools. The tools are explained in such a way that leaders can immediately start working on this. The tools can be used separately and as such successful. Of course, all tools together – the toolkit – reinforce each other. It concerns the following eight tools: 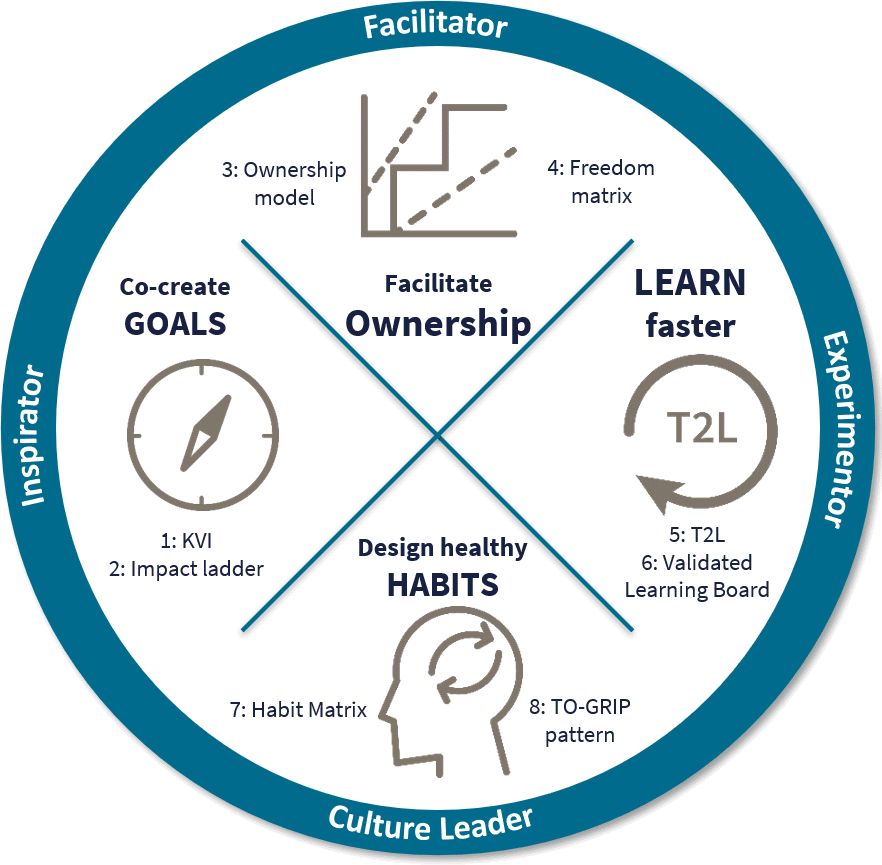 We are committed to refresh the way we lead organizations